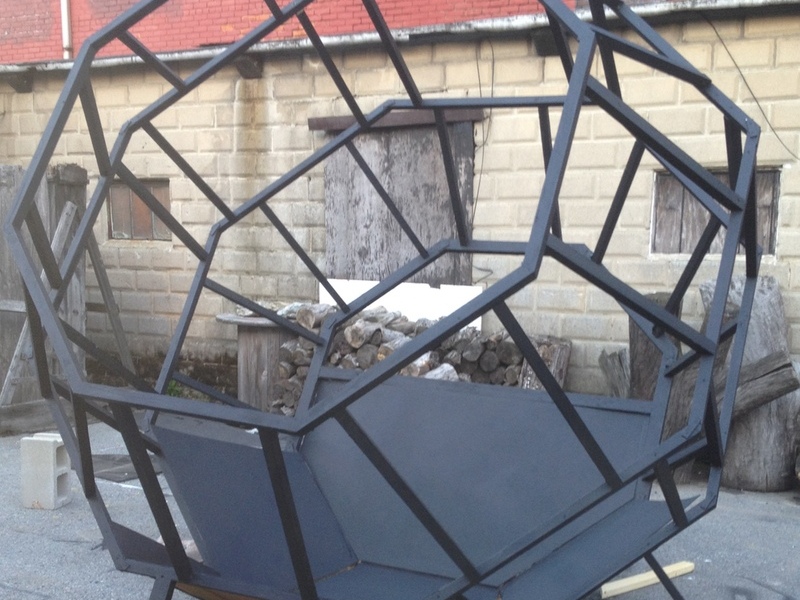 This project was on micro-architecture design, defined as something bigger than a chair and smaller than a little house. My group, consisting of a total of 4 people, decided Brown students needed a place to study on days with great weather, which can be few and far between. We wanted to create an outdoor study space that could be placed on the green to allow for embracing the weather while providing a desk and some shelter from any unwanted elements. We envisioned an octagon as the inspiring shape for our pod and after sketching and taping out relative sizes on the floor of the studio, head to home depot for some cheap supplied to make a full scale model. 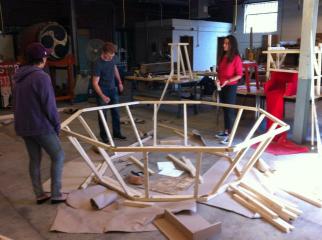 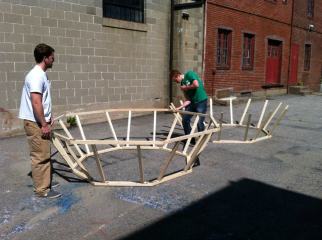 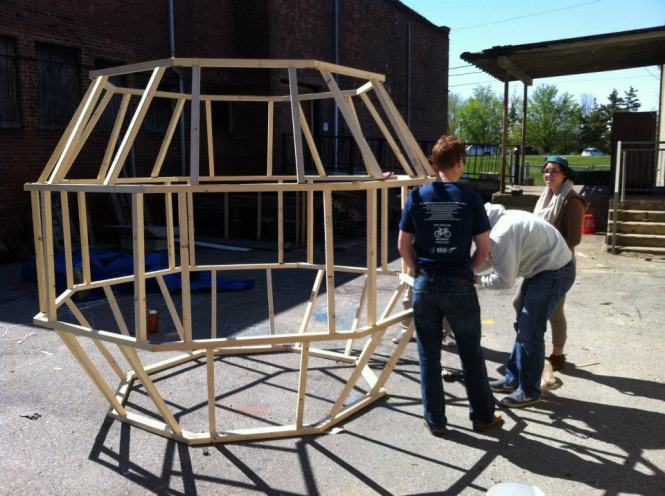 Outer frame of the pod 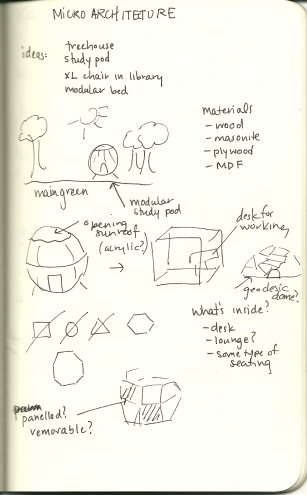 After completing the different pieces of the pod, which we later nicknamed the Octopod, we had to move to the lot outside the studio to join pieces into one. This allowed us to see the structure in a version of its outdoor element. Once the frame was finished, the team sat down and considered the shell of the pod. We tried a number of different materials, from wood, to masonite, to fabric and weren’t satisfied. Soon, we began reevaluating its purpose entirely. 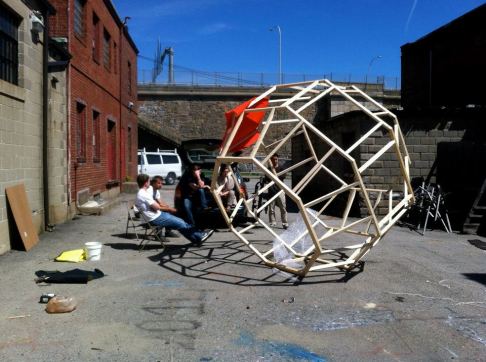 The Octopod was looking too …. fundamental, or maybe cookie cutter.  We wanted to see things from another perspective, so we tilted it on a different face as you can see in the photos above. When standing inside, the different dimensions of the octagons made for an interesting perspective of the outside world, somewhat of a telescoping view. We thought it would be an interesting structure to sit in for stargazing. We decided we wanted it to stay at that angle, while providing seating. We used plywood and masonite to block out certain areas of the pod, and then painted it black to make it blend in with the night.  The final product is below!

I think some interesting additions to the project would be more panelling, or even reflective or mirrors on some sides.